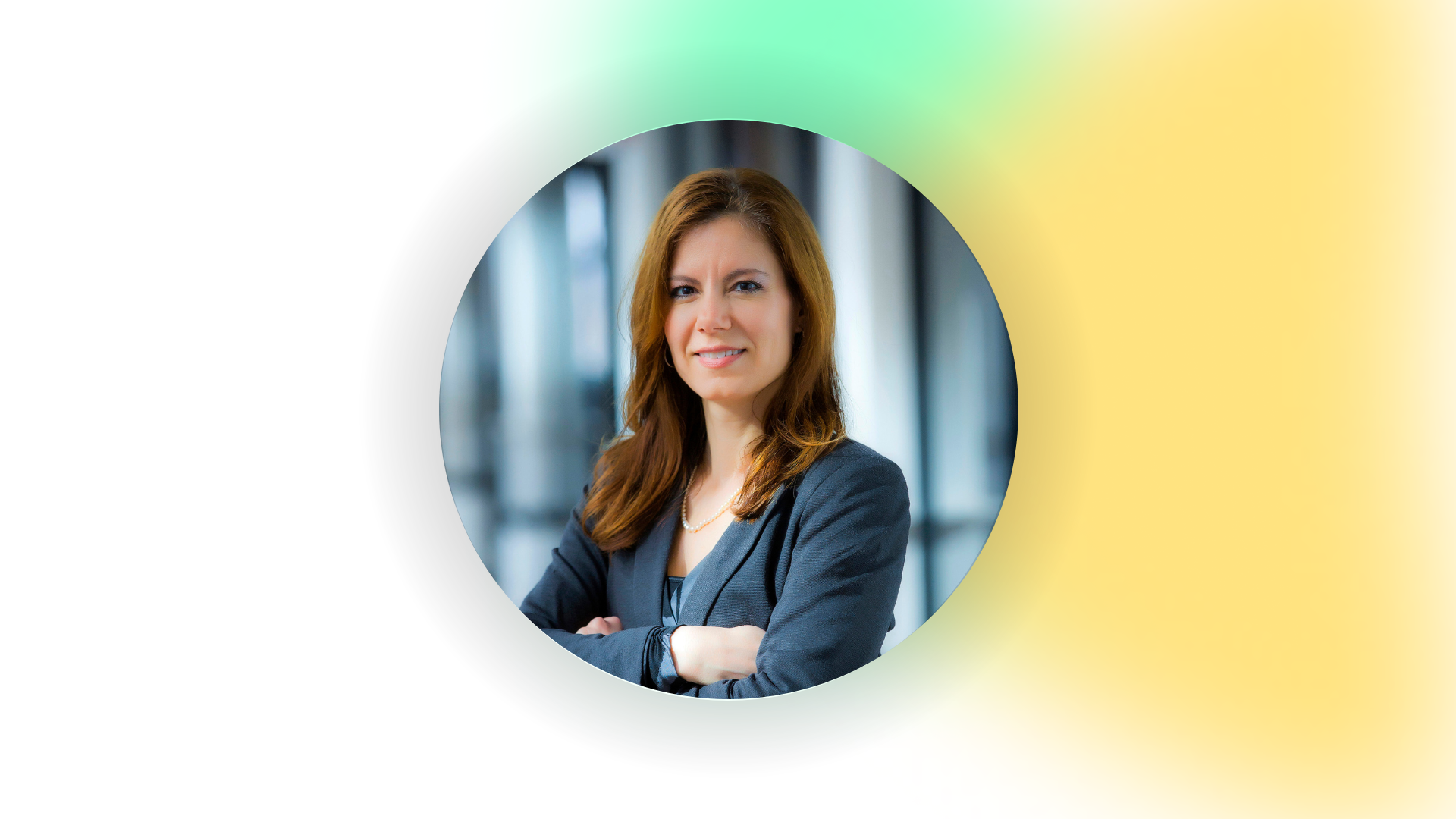 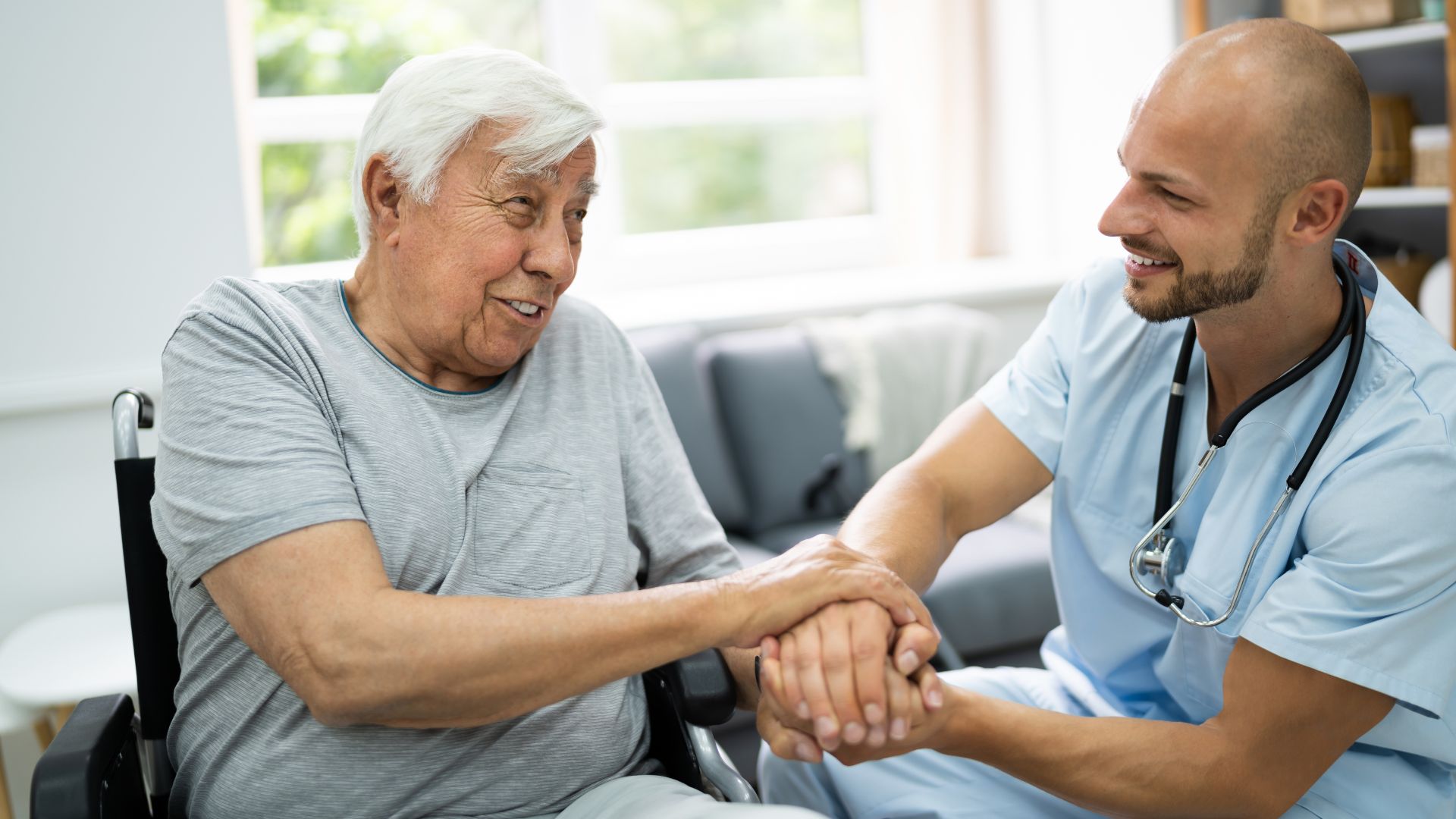 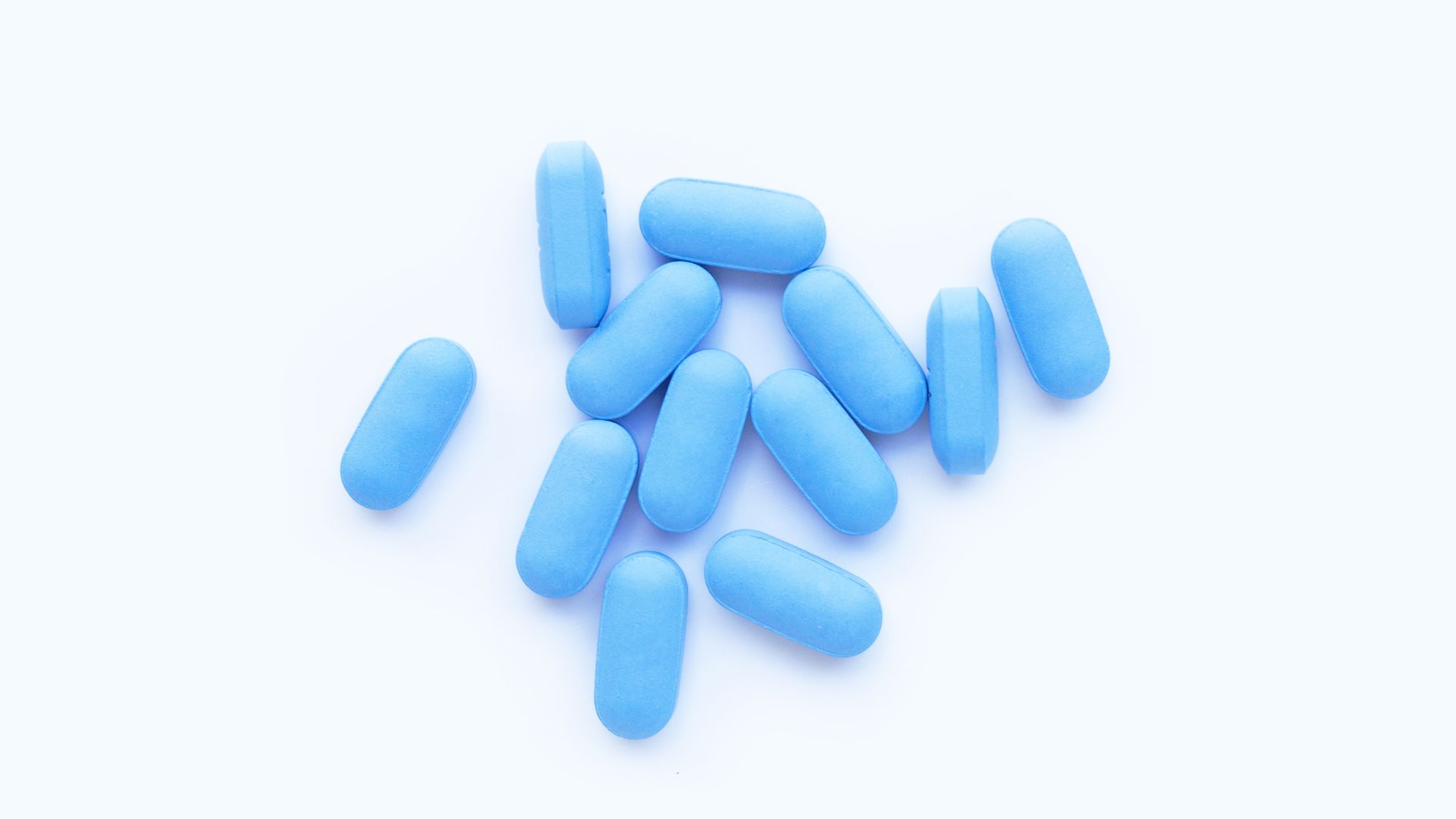 How does at-home PrEP testing work?

Central and Eastern Europe (CEE) have the fastest growing HIV epidemic in the world. According to the Global AIDS Update of 2020, HIV infections in Eastern Europe and Central Asia have increased 72% since 2010, but only 63% of people living with HIV in the region are aware of their status. Disenfranchised populations — people who experience high stigmatization such as sexual or gender minorities, sex workers, and people who inject drugs — accounted for 99% of new HIV infections in 2019. Starting in 2014, Columbia Associate Professor Corina Lelutiu-Weinberger, PhD and Yale Professor John Pachankis, PhD, built mobile HIV prevention and mental health support to access “hard-to-reach [gay and bisexual men] living in high-stigma, low-resource locales in Romania” with infectious disease and mental health providers in a position to support sexual minority men (NIH project number 7R01MH116829-06). We spoke with her about how this at-home diagnostic testing project improved access to care for sexual minority men (SMM), as well as her more recent PrEP initiative.

“Romania is highly homophobic,” says Lelutiu-Weinberger. “There are very poor services for sexual and gender minorities.” (Romanian lawmakers, for example, are currently considering reactionary legislation to limit discussions of sex and gender in schools.) SMM don’t often self-identify for HIV testing services due to anticipated discrimination, and routine testing for at-risk populations is not normative within clinical practices. “We interviewed a man who was turned away from a local infectious disease hospital in Bucharest,” says Lelutiu-Weinberger. “He wanted to get tested for HIV every three months, but the attitude was ‘what are you doing back so soon?’” Healthcare is not built to support LGBTQ people, and they are sometimes discouraged from seeking care at all based on enacted and anticipated stigma.

Stigma fuels high-risk behaviors like sex with an HIV positive or unknown status partner without a condom among SMM. Many individuals lack the skills to negotiate consistent condom use — how does a person ask his partner to use a condom in an atmosphere of sexual shame? — and fear judgment around condom purchase. “Our counseling focuses on condom use” in the context of stigma, says Lelutiu-Weinberger, and encourages SMM to feel proud of their identities and unashamed of their desires. “Most SMM in Romania are people in the closet. Depression and anxiety are correlated with lack of condom use.”

Lelutiu-Weinberger and partners built out a mobile HIV prevention and mental health support program with an STI and HIV at-home diagnostic testing component tailored to SMM, as well as remote text-based counseling through a mobile platform. The program offers three-site testing for gonorrhea and chlamydia, and rapid testing for HIV and syphilis. Without a lab in Romania to process the tests, samples had to be mailed to the UK. “The practice is not sustainable,” says Lelutiu-Weinberger. “A huge amount of our budget went to shipment, processing, and kitting” abroad.

At-home diagnostic tests in the United States are usually mailed to the patient’s home. In Lelutiu-Weinberger’s intervention, participants could receive packages at home or visit the ground team in Bucharest and Cluj, but not in other cities. This was a huge breakthrough in helping disenfranchised LGBTQ patients access HIV and STI testing. However, Lelutiu-Weinberger and her team faced challenges mailing diagnostic test kits to remote areas. Some LGBTQ people feared judgment from onlookers in receiving kits at all. In some remote villages, neighbors keep tabs on packages, and inquire about their contents. A few participants delayed joining the program until they could travel to pick up the kits due to a fear of being outed or known as someone who may have HIV. The team has also trained over ten infectious disease physicians across major Romanian cities on LGBTQ-affirmative practice so that project participants who test positive for STIs or HIV may safely be referred to care.

SMM want to use PrEP, but obstacles remain

Biomedical prevention has revolutionized HIV prevention in the past decade. There is a huge demand for PrEP in Romania, but the healthcare system has not yet officially rolled out PrEP. “Romania was the 8th of 44 European countries with the largest gap between PrEP use (1%) and demand (70%).” Some SMM in Romania order PrEP from India without local supervision. After the success of their HIV and STI testing intervention, Lelutiu-Weinberger, together with Pachankis and their US-Romanian team developed a PrEP program, including in-person motivational intervention for PrEP uptake of and adherence, and a PrEP adherence support app for additional counseling and social support between clinic visits (NIH project number 4R33TW011752-04). Lelutiu-Weinberger partnered with LGBTQ-friendly doctors to prescribe PrEP in person, even though HIV prevention was not a regular part of their practice. PrEP is neither legal nor illegal in Romania, and physicians broke through the strictly treatment-based national standard of practice. “I feel humbled that they’re such willing partners,” says Lelutiu-Weinberger, who attributes certain physician attitudes to resilience built during the communism era. “They make it work. We all lived through communism and had to make it work.”

Despite its success, this pilot PrEP program is not sustainable unless the national healthcare system adopts PrEP as a standard of practice. Lelutiu-Weinberger found the two PrEP pilot studies to be a high success, but they “need to convince the Ministry of Health [to adopt their model].”

In the future, Lelutiu-Weinberger hopes at-home diagnostic testing could be one of many tools to support STI and HIV prevention and care in Romania. “People could do hybrid at-home testing and in-clinic testing like in the United States,” she says.  As a result of this 5-year program, Community Based Organizations (CBOs) in Romania have a model to implement successful remote diagnostics moving forward. Notably, in addition to utilizing remote counseling to educate and support HIV prevention among SMM, Lelutiu-Weinberger and her team employ this affirmative approach to combat and measure “secondary outcomes” of heavy alcohol use and depression. This strategy could support the care of LGBTQ people in Romania long-term.

At-home diagnostic testing for underserved populations in the United States

“Some of this applies to rural and under-resourced areas of the US as well,” says Lelutiu-Weinberger. Indeed, remote diagnostics as a component of non-disruptive telemedicine services is a great way to access hard-to-reach patients, especially those in rural or underserved areas. Ash Wellness works with public health organizations like Fulton County Board of Health to expand “access to free HIV/STI testing services through virtual portals, reaching citizens who may not have other resources.” We provide tech infrastructure, operations, kitting, payer management, white-label services to support program goals, meet grant objectives, and reach more patients.

A Day in the Life of Toni Antonova, Tech Lead at Ash Wellness
Many LGBTQ Romanians don’t know their HIV status. At-home diagnostic testing may change that
A Message from Ash Wellness Regarding US District Judge Reed O’Connor’s Ruling on HIV Prevention Drugs
3 Ways to Use Ryan White Grant Rollover Funds
How does at-home PrEP testing work?
Why Ash Wellness is Building a Provider of Record API
Ash Wellness Receives Built In’s Inaugural LGBTQIA+ Advocacy Award
Client Launch Day with Zofia Mita, Client Success Manager at Ash Wellness
A Message from Ash Wellness on Dobbs v. Jackson Women's Health Organization
Ash Wellness Partners with Fulton County Board of Health to Scale Impact of StopHIVATL Campaign
The Digital Health Industry Is Changing Fast. Here's How to Keep Up
We Asked 6 Ash Employees Why They’re Optimistic About LGBTQ+ Healthcare
8 Things You Need to Know About Dried Blood Spot Testing
How to Support Trans Patients in Healthcare
5 Ways Ash Wellness Can Help Grow Your Business
Why Our Partners Choose Us | Interview with CEO David Stein
A Day in the Life of Kyle Waters, CPO & Co-Founder of Ash Wellness
How We Built Ash Wellness | Interview with CEO David Stein
How does telehealth improve access to care for vulnerable populations?
Is it possible to perform a blood test at home?
Why This Doctor Uses At-Home Diagnostic Testing to Screen for HPV
Why Ash Wellness is Building our Own Lab Testing API
How do you access at-home STI testing?
What is the difference between at-home diagnostic tests and point-of-care tests?
5 Lessons Ash Wellness CEO David Stein Learned from His Doctor Mom
How to Set Up an At-Home Diagnostic Testing Platform
4 Ways At-Home Self-Testing Can Improve Student Sexual Health, According to UC Berkeley's Robin Mills, University Health Educator
Is telemedicine here to stay?
How this Former Public Health Coordinator Became the Chief of Staff at Ash Wellness
How to Talk About Sexual Health and STD Testing Without Shame
How At-Home Testing Could Impact Your Patients, According to the CDC
How Ash Wellness Transitioned from D2C STD Testing Startup to B2B Virtual Care Partner
Are at-home health tests safe and effective?
EHRs Explained and How They Help You Enable At-Home Diagnostic Testing
Decrease Patient Burden and Increase Patient Touchpoints with At Home Diagnostic Testing
How to Destigmatize Sexual Health: Taking Care of Your Health in Universities and Beyond
Tips for Taking Care of Your Community's Sexual Health
PrEP-ping for the Future: On Campus and at Home
STI Rates are Down, But Not for the Reasons You Think

Ready to partner
with us?

Switch on at-home diagnostics today for your business or organization.